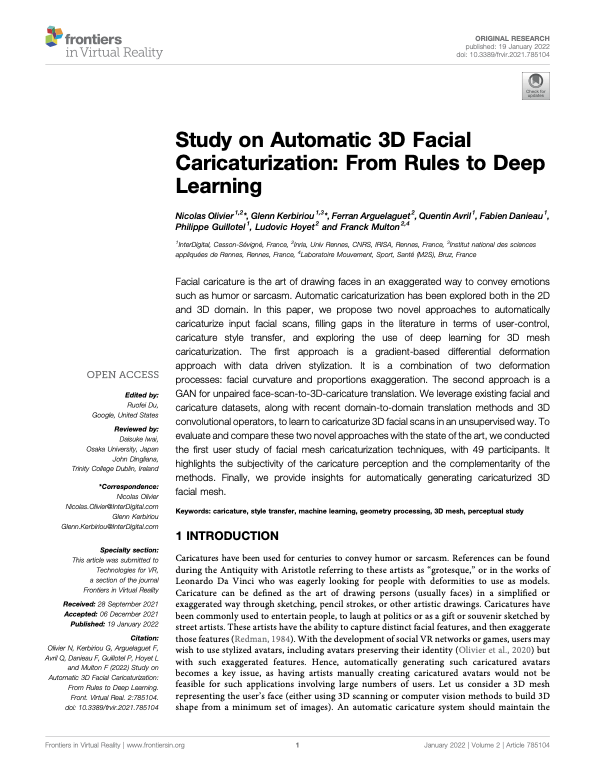 Facial caricature is the art of drawing faces in an exaggerated way to convey emotions such as humor or sarcasm. Automatic caricaturization has been explored both in the 2D and 3D domain. In this paper, we propose two novel approaches to automatically caricaturize input facial scans, filling gaps in the literature in terms of user-control, caricature style transfer, and exploring the use of deep learning for 3D mesh caricaturization. The first approach is a gradient-based differential deformation approach with data driven stylization. It is a combination of two deformation processes: facial curvature and proportions exaggeration. The second approach is a GAN for unpaired face-scan-to-3D-caricature translation. We leverage existing facial and caricature datasets, along with recent domain-to-domain translation methods and 3D convolutional operators, to learn to caricaturize 3D facial scans in an unsupervised way. To evaluate and compare these two novel approaches with the state of the art, we conducted the first user study of facial mesh caricaturization techniques, with 49 participants. It highlights the subjectivity of the caricature perception and the complementarity of the methods. Finally, we provide insights for automatically generating caricaturized 3D facial mesh. 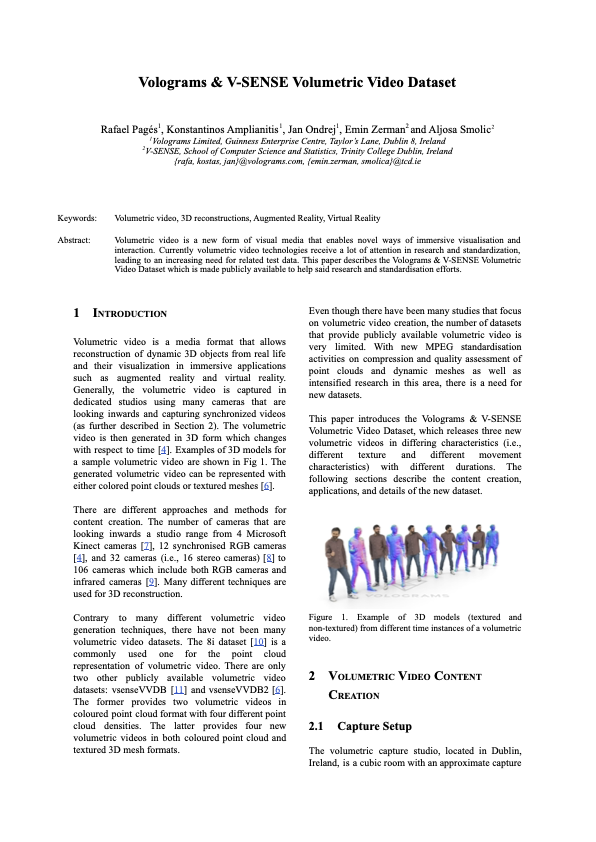 Volumetric video is a new form of visual media that enables novel ways of immersive visualisation and interaction. Currently volumetric video technologies receive a lot of attention in research and standardization, leading to an increasing need for related test data. This paper describes the Volograms & V-SENSE Volumetric Video Dataset which is made publicly available to help said research and standardisation efforts. 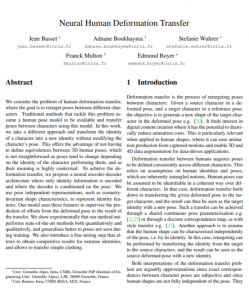 We consider the problem of human deformation transfer, where the goal is to retarget poses between different characters. Traditional methods that tackle this problem assume a human pose model to be available and transfer poses between characters using this model. In this work, we take a different approach and transform the identity of a character into a new identity without modifying the character’s pose. This offers the advantage of not having to define equivalences between 3D human poses, which is not straightforward as poses tend to change depending on the identity of the character performing them, and as their meaning is highly contextual. To achieve the deformation transfer, we propose a neural encoder-decoder architecture where only identity information is encoded and where the decoder is conditioned on the pose. We use pose independent representations, such as isometry invariant shape characteristics, to represent identity features. Our model uses these features to supervise the prediction of offsets from the deformed pose to the result of the transfer. We show experimentally that our method outperforms state-of-the-art methods both quantitatively and qualitatively, and generalises better to poses not seen during training. We also introduce a fine-tuning step that allows to obtain competitive results for extreme identities, and allows to transfer simple clothing. 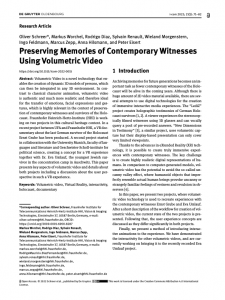 Volumetric Video is a novel technology that enables the creation of dynamic 3D models of persons, which can then be integrated in any 3D environment. In contrast to classical character animation, volumetric video is authentic and much more realistic and therefore ideal for the transfer of emotions, facial expressions and gestures, which is highly relevant in the context of preservation of contemporary witnesses and survivors of the Holocaust. Fraunhofer Heinrich-Hertz-Institute (HHI) is working on two projects in this cultural heritage context. In a recent project between UFA and Fraunhofer HHI, a VR documentary about the last German survivor of the Holocaust Ernst Grube has been produced. A second project started in collaboration with the University Munich, faculty of languages and literature and Geschwister-Scholl-institute for political science, creating a concept for a VR experience together with Dr. Eva Umlauf, the youngest Jewish survivor in the concentration camp in Auschwitz. This paper presents key aspects of volumetric video and details about both projects including a discussion about the user perspective in such a VR experience. 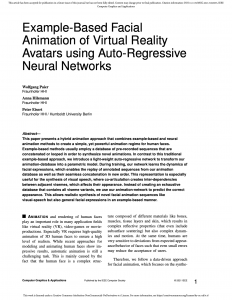 This paper presents a hybrid animation approach that combines example-based and neural animation methods to create a simple, yet powerful animation regime for human faces. Example-based methods usually employ a database of pre-recorded sequences that are concatenated or looped in order to synthesize novel animations. In contrast to this traditional example-based approach, we introduce a light-weight auto-regressive network to transform our animation-database into a parametric model. During training, our network learns the dynamics of facial expressions, which enables the replay of annotated sequences from our animation database as well as their seamless concatenation in new order. This representation is especially useful for the synthesis of visual speech, where co-articulation creates inter-dependencies between adjacent visemes, which affects their appearance. Instead of creating an exhaustive database that contains all viseme variants, we use our animation-network to predict the correct appearance. This allows realistic synthesis of novel facial animation sequences like visual-speech but also general facial expressions in an example-based manner. 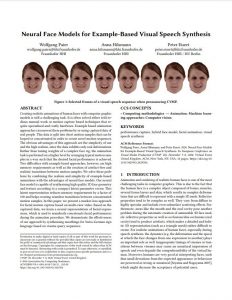 Creating realistic animations of human faces with computer graphic models is still a challenging task. It is often solved either with tedious manual work or motion capture based techniques that require specialised and costly hardware.

Example based animation approaches circumvent these problems by re-using captured data of real people. This data is split into short motion samples that can be looped or concatenated in order to create novel motion sequences. The obvious advantages of this approach are the simplicity of use and the high realism, since the data exhibits only real deformations. Rather than tuning weights of a complex face rig, the animation task is performed on a higher level by arranging typical motion samples in a way such that the desired facial performance is achieved. Two difficulties with example based approaches, however, are high memory requirements as well as the creation of artefact-free and realistic transitions between motion samples. We solve these problems by combining the realism and simplicity of example-based animations with the advantages of neural face models.

Our neural face model is capable of synthesising high quality 3D face geometry and texture according to a compact latent parameter vector. This latent representation reduces memory requirements by a factor of 100 and helps creating seamless transitions between concatenated motion samples. In this paper, we present a marker-less approach for facial motion capture based on multi-view video. Based on the captured data, we learn a neural representation of facial expressions, which is used to seamlessly concatenate facial performances during the animation procedure. We demonstrate the effectiveness of our approach by synthesising mouthings for Swiss-German sign language based on viseme query sequences. 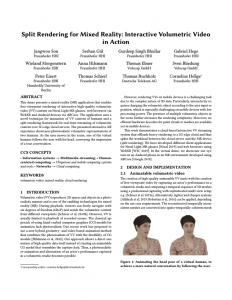 This demo presents a mixed reality (MR) application that enables free-viewpoint rendering of interactive high-quality volumetric video (VV) content on Nreal Light MR glasses, web browsers via WebXR and Android devices via ARCore. The application uses a novel technique for animation of VV content of humans and a split rendering framework for real-time streaming of volumetric content over 5G edge-cloud servers. The presented interactive XR experience showcases photorealistic volumetric representations of two humans. As the user moves in the scene, one of the virtual humans follows the user with his head, conveying the impression of a true conversation. 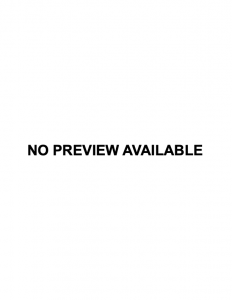 Ernst Grube: A Contemporary Witness and His Memories Preserved with Volumetric Video

''Ernst Grube - The Legacy'' is an immersive Virtual Reality documentary about the life of Ernst Grube, one of the last German Holocaust survivors. From interviews conducted inside a volumetric capture studio, dynamic full-body reconstructions of both, the contemporary witness and its interviewer, are recovered. The documentary places them in virtual recreations of historical sites and viewers experience the interviews with unconstrained motion. As a step towards the documentary's production, prior work presents reconstruction results for one interview. However, the quality is unsatisfying and does not meet the requirements of the historical context. In this paper, we take the next step and revise the used volumetric reconstruction pipeline. We show that our improvements to depth estimation and a new depth map fusion method lead to a more robust reconstruction process and that our revised pipeline produces high-quality volumetric assets. By integrating one of our assets into a virtual scene, we provide a first impression of the documentary's look and the convincing appearance of protagonists in the virtual environment. 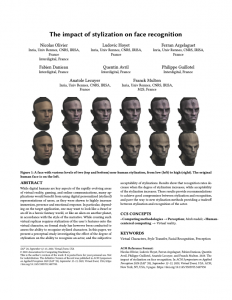 The impact of stylization on face recognition

While digital humans are key aspects of the rapidly evolving areas of virtual reality, gaming, and online communications, many applications would benefit from using digital personalized (stylized) representations of users, as they were shown to highly increase immersion, presence and emotional response. In particular, depending on the target application, one may want to look like a dwarf or an elf in a heroic fantasy world, or like an alien on another planet, in accordance with the style of the narrative. While creating such virtual replicas requires stylization of the user’s features onto the virtual character, no formal study has however been conducted to assess the ability to recognize stylized characters. In this paper, we present a perceptual study investigating the effect of the degree of stylization on the ability to recognize an actor, and the subjective acceptability of stylizations. Results show that recognition rates decrease when the degree of stylization increases, while acceptability of the stylization increases. These results provide recommendations to achieve good compromises between stylization and recognition, and pave the way to new stylization methods providing a tradeoff between stylization and recognition of the actor.